I entered the world of record producing with my own Red Willow Band in 1976 at an 8 track studio in Sioux Falls, South Dakota. We recorded our second LP "Note For Note" in Nashville with Grammy award winner Barry "Byrd" Burton (RIP) producing (Amazing Rhythm Aces..."Third Rate Romance", "The End Is Not In Sight"). The engineer was Gary Laney, still a pal and an incredible talent. I watched them like a hawk and have been hooked on producing music ever since. 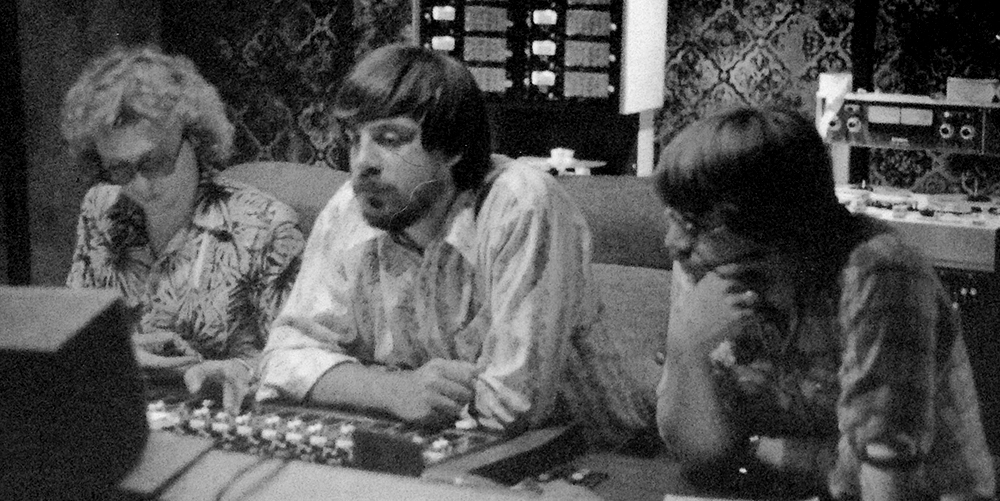 
50+ years of experience has led me to the role of mentor, maestro, coach, teacher and producer. I usually engineer my own projects at MoonHouse Studio on a ProTools Ultimate system. This gives me the ability to close the door and be one-on-one with the artist I'm working with. I work in an encouraging, sensitive manner, with the priorities being the singer and the song.

Often heard in studios: "Hey, Mr.  producer, how about producin' me some tacos!"

Let's talk about your next recording project!   Email me here

Do I need a producer?

The record needs producing, that's a fact. Either you trust a producer or you trust yourself. Most artists enjoy having someone to run the session and keep tabs on the 'big picture' so that they're free to throw their souls into the performance.

What does the producer do?

A producer oversees the recording, musically and financially. A producer gets in sync with the artist to develop a sound, and then the producer makes the final decisions on song choices, arrangements, choice of musicians, scheduling, studio, engineering, mastering and budget. More than anything it's quality control. For a producer to put his name on your record, he'll (or she'll) have to be satisfied with the end result. A good producer will have contacted you about getting charts and any available live recordings in advance, so they can become familiar with your music. Depending on the artist, once you get into the studio the producer may just stay out of the way and keep things organized or can greatly influence the performance. You know how you want your music to sound, but producers work in this environment all the time and bring fresh sets of ears to the session. They will likely have things to offer that you may not even think of.

What does the engineer do?

The engineer is in charge of the equipment, the actual recording process, and keeping track of all the tapes and/or files that the session creates. The engineer's job is to faithfully record the art that's going down on the studio floor.

Do a lot of producers engineer their own sessions?

More and more they do, especially in the do-it-yourself world of hard disk recording. I've been recording to various formats for 40 years, and when I started producing, it was natural for me to engineer the projects. I work with Pro Tools in my studio, and it's more efficient to do it myself. The Pro Tools workstation becomes another musical instrument for me, because it's possible now to edit musical performances for the better; tuning vocals, fixing missed notes, rearranging sections of songs etc.

Do solo artists typically bring their own musicians to the studio-- or hire players to fill in?

A producer would bring in professional players, as the budget allows. If you're self-producing, then you would choose the musicians yourself. Remember, not every good musician is a good studio musician.

Mastering is the final process where the separate mixes are listened to as a whole and leveling, equalization and compression is applied. The final song sequence is decided, as well as the transitions between songs. A master CD is then created which you will send to the duplication company.

If you engineered the recording would you master it too-- or does that happen somewhere else?

I think it's a good idea to have a 3rd party master the record. Fresh ears and all, but just as important, a professional mastering studio has killer mastering equipment, and spend all their time mastering. Expect to spend at least $800.00 for a 12 song CD.

What does it cost to make a CD these days?

Everyone wants a ballpark estimate. I tell artists to save between $500 and $1000 per song. It's always variable, depending on the speed of the recording musicians, the complexity of the arrangements, the abilities of the vocalist etc. I look at it this way...each song will take at least 8 hours of work, from the basic tracks to the instrumental overdubs to the vocals, sweetening and mixing. So, you've got 8 hours of studio time at the current rate, plus the costs of each musician and the producer's fee. Then you move on to mastering, photography, artwork design, manufacturing, licensing (of cover songs), radio promotion and advertising. At MoonHouse Studio, we'll sit down with the artist before the sessions begin and help you work out a budget.